We've been on our first driving competition ever.

It went over two days with 3 parts.

In the first one (dressage) we came second, in the second one (obstacles) as well, the third one (marathon) we WON and due to Rhiannon's fabulous performance we WON the overall ranking in our class too!!!

She is such a stunner, I'm over the moon with her!!


Time flies, doesn't it? So much happened in the last time, where shall I start?

Rhiannon is 5 years old now and she astonishes me every single day!

She's not only broken to ride now, no, we also brought her into harness in spring and she's doing her best job ever! *cantstopsmiling*

Besides the "work" she also  knows some very funny trained tricks (laughing, yawning, say "no", dancing, fetching, compliment...) that she loves to show to some audience, but the best thing, - over all - is, that she stayed just the easy going-charming Lady I bought almost three years ago!

I think it'll be the best to show you another video, I've made along the way. Enjoy it! 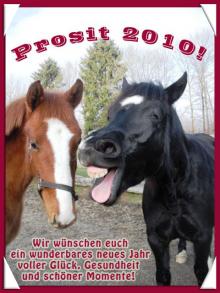 We wish every well-regarded reader a very lucky, healthy and happy new year!
Below you can see Rhiannon loose jumping for the very first time!
1st of September

We had (and of course still have) a great summer. With some exercise in the arena and many hacks out. Wether we are out alone or in company, Rhiannon is always fine to ride and nice to handle. At some stages she needs my vocal support, it's so funny when you see her ears moving back to me and listening... as soon as I say "It's okay Mini, just walk ahead" she puts all her courage together, breathes in deeply and steps forward just like she's in charge of my security ("I need to get her through that safely"). I love my Pony, did I mention before?

Two new vids for you! 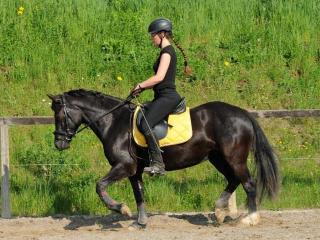 Today I rode Rhiannon for the first time!

It was just fantastic, as she is so sensitive and smart to handle! It's like being on cloud No. 9.

With or later even without my horse - I was trotting around with a big smile on my face! :-)

Have a look at the pictures, they say it all! 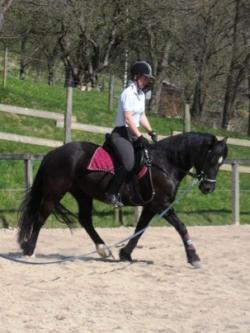 Rhiannon is in training since the 1st of March.

So far, she does a very good job!!

Dani, her trainer is very happy with her, as Rhiannon always wants to make everything right.

In March, we had a saddler coming to fit a saddle for Rhiannon. Mr. Ivants, so his name, is what I call a genius. I gave him the link of this HP, so he could see Rhiannon's shape before his visit. With these pictures, Mr. Ivants pre-adjusted a Prestige Silver Star Saddle for her and what can I say? It fitted!! He also wanted the saddle to suit me, so I had to back Rhiannon for the first time with tack! She was so gentle and sweet, didn't take one step too fast so I could sit cosy and safe! What a feeling! *smile*

Take a look at the Video below to see Rhiannons Progress within 5 Weeks of training! You'll see her at her 4th time under saddle, later on she was already ridden alone. 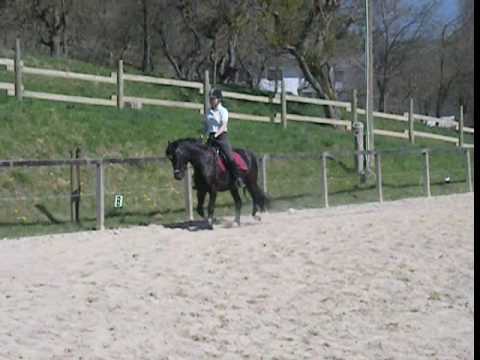 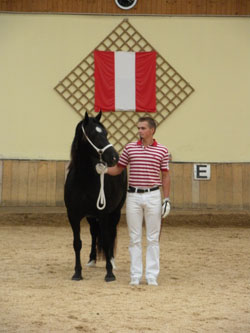 We won our very first show in June, came second at the 2. International Welsh Championship in September and top of all, at the National Championships Rhiannon became the Reserve-Championesse of all Mares in Austria!!

We are very proud of her and I'm very thankful for what I've been given.